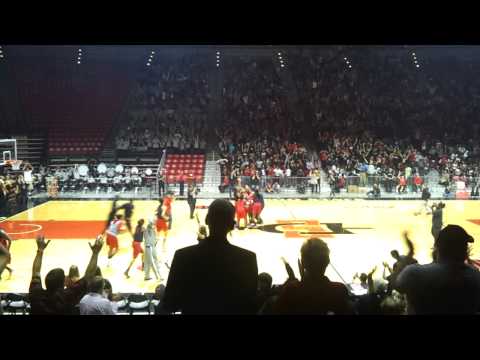 Craig Horlbeck is just your average San Diego State University student who played a little ball in high school. He never would have guessed that his hobby would help him win his own brand new Toyota Tacoma.

Last Friday, Craig signed up for a Toyota contest to “Shoot for a Car” at Viejas Arena for Aztec Night. Amazingly, he was chosen at random for a single half court shot to win the truck. Even more incredibly, he made the shot and won the brand new truck!

Further video after the shot: