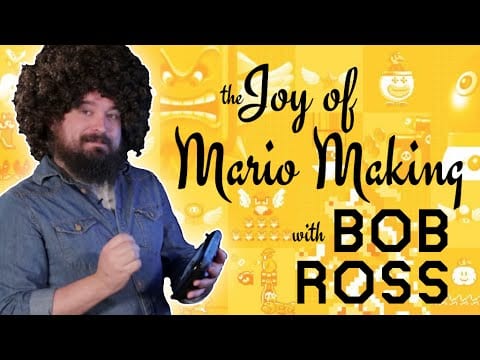 Like Mister Rogers, Bob Ross has become so much more than his original show on public television. Viewers remember his series for the relaxed atmosphere and for Bob’s poised teaching style.

A Dumb Thing made this nerdy homage to Bob’s painting show, The Joy of Painting, with a Nintendo spin by instead creating a Mario level on Super Mario Maker. This spoof has gone viral with over 150,000 views!

The Bob Ross official YouTube channel even commented on the video with, “Try including a few happy cloud blocks next time.”