Advertisement
Video > Can You Solve The Counterfeit Coin Riddle?

Can You Solve The Counterfeit Coin Riddle? 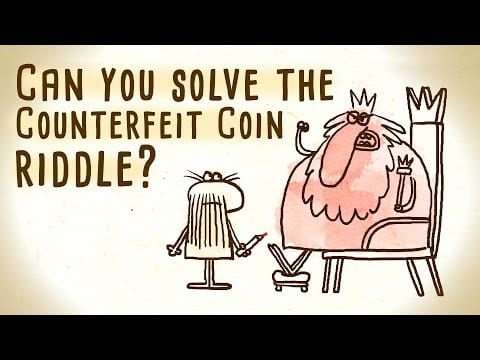 How about a cool riddle to start the week right? 🙂 Ted-Ed uploaded this video at the beginning of the year and already got over 1.1 million views on it.

“You’re the realm’s greatest mathematician, but ever since you criticized the Emperor’s tax laws, you’ve been locked in the dungeon. Luckily for you, one of the Emperor’s governors has been convicted of paying his taxes with a counterfeit coin, which has made its way into the treasury. Can you earn your freedom by finding the fake? Jennifer Lu shows how.”