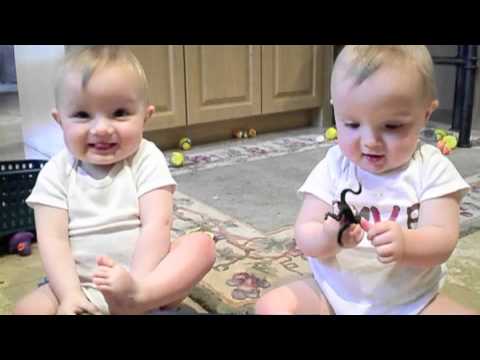 This adorable baby video was published over a year ago by family video bloggers Jones Party Of 5. Now, after vlogging for so long, the Salt Lake City family has finally gone viralviral after being featured on Reddit, and subsequently popular blogs like TastefullyOffensive and StuffIStole.

In the video, their two then twelve month old twins, Falcon and Phoenix, hear dad sneeze in the background. Something clicks in their brains, and they start imitating dad’s sneeze over and over in a spectacle of great cuteness.

According to Most Watched Daily, the viralviral video has garnered “over 2.5 million views in the last 18 months,” and now is trending more than ever.