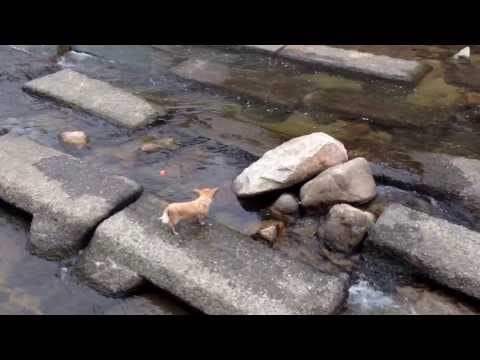 Human kids like to play games by themselves so why not dogs? Ryan Faw caught one dog in Kobe, Japan doing just that, seemingly playing fetch by himself using the current of river stream to motivate the ball. Now, this week old video has gone viral, garnering over a quarter million views.

And don’t worry, calms Ryan, the dog had an owner near by.