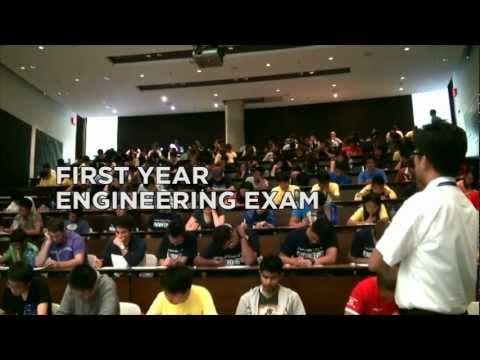 As a fun prank to play on first year engineering students at the University of Toronto, skulenite and others planned an ‘Engineering Flash Mob.’

At 9:40 in the morning, right when the test started, the famous beat to Gangster’s Paradise started to play on the PA system. Then one test taker jumped onto the table, and began to rap. Soon, four ‘students’ were rapping the hardships of an engineering degree.

Obviously, this is the professor’s way to ‘test’ his students, as he has done this before.

Now, the week old video has over half a million views.