Pull Up Your Pants Prank 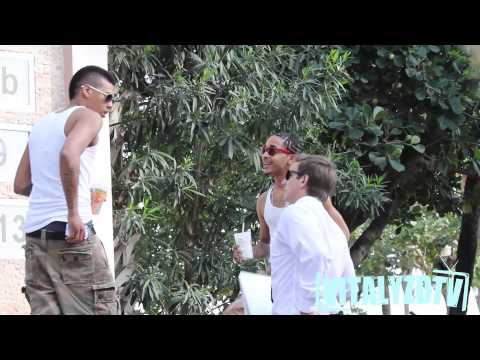 Just by wearing sunglasses with a white shirt and tie, holding a clipboard, and claiming to be an authority figure, he stopped people walking the streets for wearing their pants to low. It’s really incredible how people react to just a simple costume.

He claims he is part of PUPA, or the Pull Up Your Pants Authority, and threatens people with tickets if they don’t pull their pants up.

Shockingly, many people actually ‘respect his authority,’ claiming they didn’t know the law, and pull up their pants in fear of being ticketed. He even ‘scans’ some of their butts with his phone just to really make the prank stick.

Only a crazy Russian dude would have the guts to do this.