Everything Wrong With Finding Dory 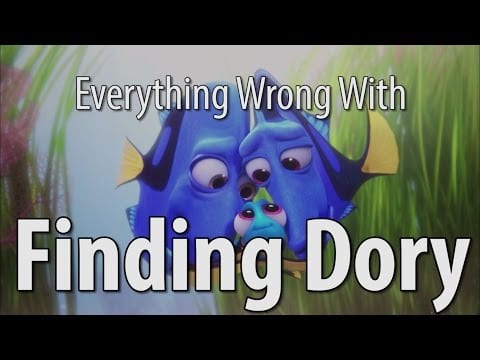 Cinema Sins again fillets a blockbuster by pointing out what doesn’t seem right with it. This time the fishy animated comedy “Finding Dory” that got around 16 minutes of “wrong” in it. 1.3 million people watched this clip within it’s first day after publishing.

“Here’s Everything Wrong With Finding Dory, another Pixar sequel that relies mostly on previous films instead of breaking any new ground. Enjoy your billions, Pixar!!”