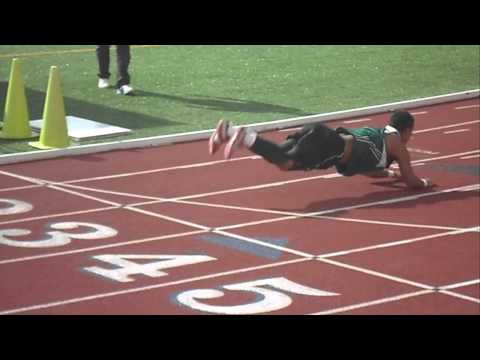 Slipping on the track field can be horribly embarrassing. Not only did you lose the race, but you fell on your face in front of the entire crowd. But this runner knows how to fail in style.

When he falls on his face, he makes lemonade out of lemons, and turns his fail into an awesome worm dance. Even the coach shakes his hand for his hilarious dance moves. The video is going viral after being featured on , StuffIStole, and TastefullyO.