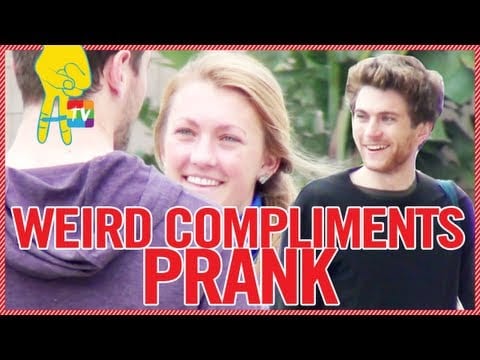 Most socially aware people know what it’s like to be hit on. After hearing the same four over-used pick up lines over and over, it kind of becomes a tedious ritual instead of an exciting social interaction.

To shake things up, the prankster boys at AwesomenessTV and Whatever tried a fun and random social experiment. They walked around campus offering the weirdest compliments possible to complete strangers.

How would you react if you were stopped only to be told you’ve got nice hands?

“You’re kidding me!” replied one middle aged man. “My hands? Thank you!”